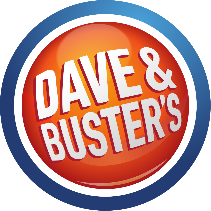 Global industries are going through a paradigm shift when it comes to how they communicate with audiences. The difference between the Millennial and GenZ populations and those which proceeded them is arguably greater than at any time in history.

Much of this relates to how young people communicate with one another, which, thanks to digital technology, is markedly different from GenX and Baby Boomers. Obviously, those older generations use this technology as well, but not in the same natural fashion as Millennials and GenZers. Brands are therefore having to rethink how they speak to these audiences and change their strategies in kind.

The restaurant industry is no exception to this trend, and Dave & Buster's has some great ideas to appeal to the younger generations.

While many brands are looking for ways to simply market to Millennials and GenZers, Dave & Buster's wants to make sure it's communicating with the younger members of its own workforce just as effectively.

Dave & Buster's isn't just thinking about gimmicky technology-based communications either, but rather a ground-up reassessment of the entire employee culture within the brand.

"Core culture is the root of everything; informs everything, it's the trunk of the organizational tree," said Dave & Buster's Director of Training, Chris Schricker. "You have to be deliberate, talk about it, define it - literally write out 'this is what culture is in our company, and this is how we're going to keep it up.' If you have pillars and stick to them, you will never go wrong. You've got to start from the beginning with culture. Training is marketing: it's vibrant, fun, on your feet, showing what we are. Guests come to escape and have fun and that should go for the employee as well."

Training aside, Dave & Buster's also knows that rewarding hard work is of crucial importance to these demographics as well. In an age where job security is no longer a given and employees in many industries are languishing under zero hours and freelance contracts, anything which shows gratitude and adequate reward for a job well done is sure to make an employer more attractive.

Dave & Buster's achieves this with an impressive 30 percent internal hire rate for management roles and a leaderboard system which helps employees know how they are performing - both as individuals and as a restaurant.

The restaurant chain also has a rewards program which allows employees to accrue points and exchange them for rewards from the company's extensive prize marketplace. This all helps employees feel their actions matter, and, by working hard, they can see the results in their own performance and chances of career progression.

"It's what the employee does, the details, that keep them coming back," said Schricker. "And recognizing those positive behaviors, rather than punishing negative ones, is a super positive way to teach and train. These programs accelerate pride, make you stand tall when you move one level to the next. The 'Blue and Orange; team, that's the best of best of our staff, and these crew members are leaders in their stores. They even help to open new stores."

While Dave & Buster's, like all companies, recognizes the importance of communication, it also realizes that the manner in which we communicate is of equal import.

It used to be that managers would try and crack down on employees using their phones during service, but they quickly discovered they were fighting a losing battle. Young people are glued to their phones, so it became necessary to rethink company policy in this regard.

In fact, it was discovered that mobile was a far better way to engage with staff as the popularity of email continues to drop off. Most people have an email address, but the younger generations only tend to use them for signing in to the platforms they use - they aren't checking their inbox daily like many older people who are used to email being their primary electronic communication format.

Therefore, Dave & Buster's switched to mobile for staff communications, meeting their employees where they are instead of expecting them to change their habits.

"You've got to give up on [banning phones]. As long as employees are engaging with Guests, these devices can actually become an asset," said Schricker. "So many people don't have emails. Communications is so instantaneous for Millennials that email doesn't work for them - they won't wait. Mobile is necessary now, and to be able to send out notifications via text and app has been huge."

While many brands are looking for ways to connect with younger demographics as customers, it's great to see Dave & Buster's also looking at how to better communicate with the people in its own workforce.

Make your brand an attractive place to work for young people and it's likely the same demographic will want to eat there as well.

Download the agenda today for more information and insights.

*Processing your payment may take a moment. Please click submit payment only once, and do not refresh this page. Doing so may result in your credit card being charged more than once.

We use cookies and similar technologies to recognize your visits and preferences, as well as to measure the effectiveness of campaigns and analyze traffic.
To learn more about cookies, including how to disable them, view our Cookie Policy